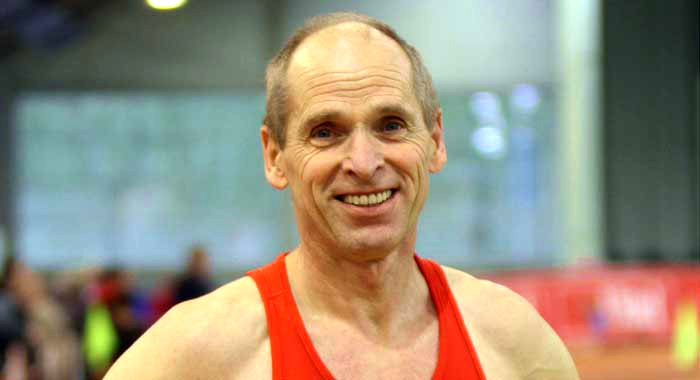 Wolfgang Ritte has a thing for Wipperfuerth, Germany. Five years ago Saturday, he set an M60 WR in the vault at that ancient North Rhine-Westphalia town. Don’t look now. Wipperfuerth was the site Saturday of his M65 WR, where he made first-attempt clearances of 4.0 and 4.05 meters (13 1 1/2 and 13-3 1/2) and screamed with joy on the way down. Haven’t seen results site, but a YouTube video and my source are reliable. (He came close to 4.0 indoors in March.) So by breaking American John Altendorf’s listed WR of 3.89 (12-9), Wolfie becomes the oldest man to go 4 meters and 13 feet. He’s also the first German (after a string of Americans) to hold the M65 WR since 1986. A source tells me: “Next weekend Wolfgang Ritte will compete in Stendal in decathlon. Three years ago he already competed in Stendal and improved the decathlon record of Rolf Geese.” So he’ll be shooting for the listed M65 deca record of 8203 by countryman Klemens Grißmer in 2017.