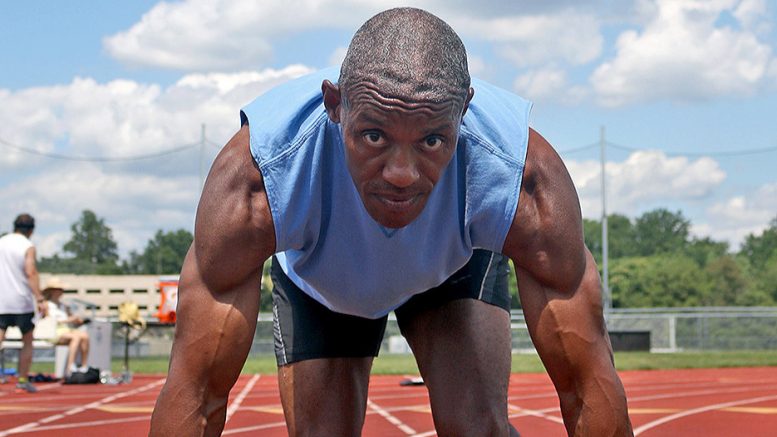 The race for Malaga is on. Not for medals. We’re talking moolah via social media. Masters tracksters globally have discovered crowdfunding sites — just as John Oleski suggested two years ago. GoFundMe appears to be the go-to site for age-groupers. World champion sprinters Emma McGowan ($1,380 raised so far) and Don McGee ($795) are making progress toward their September worlds goals. Newcomer Andrea Collier has $1,995 so far, Clinton Aurelien $225, Ty Brown $300 and Tony Williams $850. Sean Burnett is off to a slow start in fundraising, but watch his closing speed.

At least one is overpromising. John Wall ($1,675 of $3,000 goal) writes: “I am a two time Gold Medallist for Australia and my goal is to represent my country and break the current World Record for the 100 metres in my age group.” He’s M70 and the listed WR is 12.77 by Bobby Whilden. But John’s best on mastersrankings.com is 13.83. So rotsa ruck. (He’s already won the biggest race — defeating a brain tumor.)

Some appeals are touching

Tony Williams writes: “In 2015 I was homeless and sleeping in my car while preparing for my first world championships in Lyon, France. I placed 36th. I was sad and cried but immediately went home and started preparing for my 2nd world championships. In 2016, in Perth, Australia I competed once again and hungry to redeem myself. After a year of working on my weaknesses and no coaching, just me and YouTube, I placed 11th. This year 2018, it looks like [I] will medal. Made some major improvements and changes now that I have a coach helping me. I am confident that I will not come back on USA soil empty handed.”

Marsha Thompson writes: “I’m a single mother of two who is a full-time Technologies teacher. … I’m so much better prepared mentally and physically. Last year I suffered [an] injury and came back with a vengeance. I am not just a soccer mom, Dakota’s mom or a teacher. I am a Masters Athlete.”

And this should give everyone hope:

Coach Elmer McPhail has raised $5,071 of a $5,000 goal. The appeal was posted by one of his fans: “Let’s help Coach McPhail get to Malaga, Spain for the World Masters Championships in September! We have all watched him enthusiastically cheer and support SPHS track and XC teams on through many seasons. This is now our time to show him our love and wish him success in a big race!”

My next post: How one well-off USATF association is plowing its profits back into masters and para-athletes — $7,000 to defray travel and lodging at international meets.