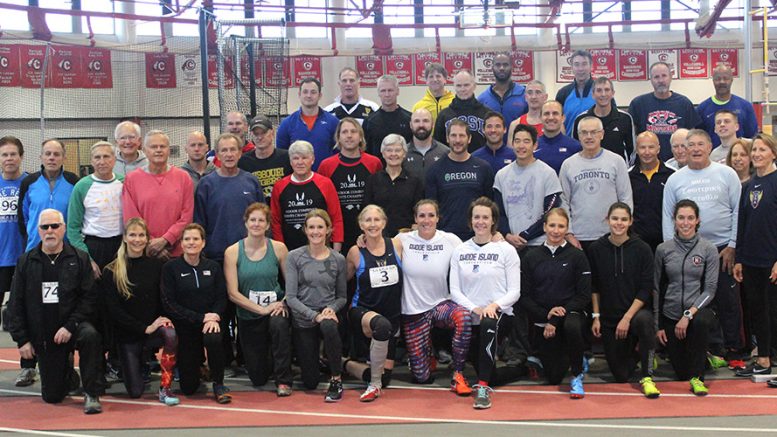 Jeff Watry is reporting records set at the USATF National Masters Indoor Combined Event Championships over the weekend in Kenosha, Wisconsin — the site of every listed masters indoor hep record. (This multi is rarely contested.) M85 Bill Jankovich scored 3919 to clobber the listed American record of 2635 by Jerry Donley in 2016. And W40 Angela Herzner scored 4834 to edge the listed AR of 4547 by Erika Pierce, like Jerry’s mark also set in 2016 at Carthage College.

Most consequential was the record number of masters entrants — 39 men and 10 women. And they took part despite subzero temps outdoors and travel issues. In fact, W60 Rita Hanscom had to leave early to catch a flight back to San Diego, and recorded a DNF in the last event (the 800) after starting with the open women. Jeff also reports on his decamouse website: “M35 Craig Raffael will be a force in the M40 in Toronto (2020 WMA outdoor world meet) – if he would have cleared his opener in the PV – vaulted solid it would have put him in striking range of Mike Kuoppamaki’s record – Mike won M40.”

And I spent much of Saturday covering and photographing the USATF National 50K Race Walk Championships in Santee, near San Diego — and conveniently 10 minutes from my home. Darlene Backlund, 73, was the oldest walker, and she finished all 31.1 miles in about 7 1/2 hours — smiling every step of the way. See my photos and story on Times of San Diego.

The top international and American women’s finishers were W35, BTW: