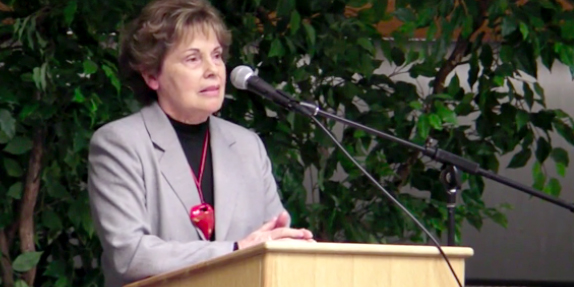 Former national masters chair Barbara Kousky has died at age 77, according to a spokesman for the Prefontaine Classic.

Jeff Oliver, spokesman for the Diamond League meet in Eugene, Oregon, where Kousky once lived and partnered with meet director Tom Jordan, said Thursday: “Barbara sadly passed away last weekend. No funeral or memorial arrangements have been made as of yet.”

In 1990, she was named winner of the David Pain Award for Distinguished Service to the sport.

Kousky and Jordan, whose business was Northwest Events Management, teamed to organize the 1989 World Masters Athletics Championships in Eugene, which boasted 4,754 entrants from 57 nations.

Born October 29, 1941, she lived in Junction City, Oregon, where she was married to Edgar “Ed” Kousky, according to online records.

In a 2010 video, where she spoke to the Oregon Track Club, she said she was looking forward to officiating.

She was succeeded as national masters chair in 1996 by Seattle’s Ken Weinbel — losing her office by a single vote after an eight-year run.

I didn’t know her personally. But I tried to influence her. I wrote a Masters Manifesto and Open letter to Barbara in the first year of my “Masters Track and Field Home Page,” when it was based on AOL.

Please join me in offering condolences and good thoughts for a masters pioneer.