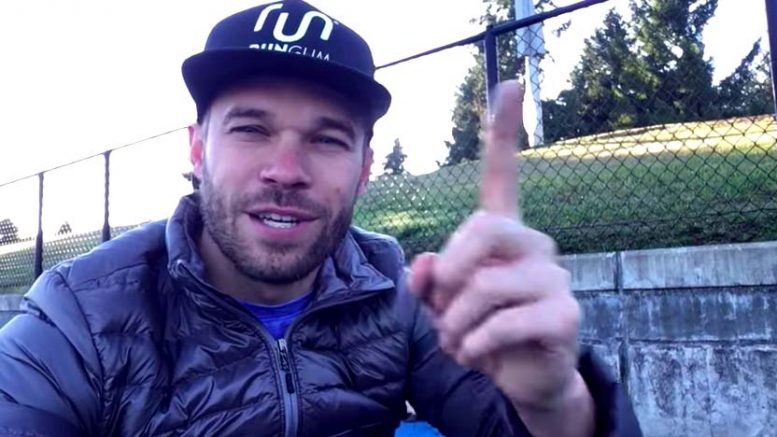 Nick Symmonds, who also has a plan to climb mountains around the world, says he's going on a 100 journey.

Nick Symmonds, the Run Gum CEO who defied USATF over its wear-Nike edict, turned 35 on Sunday and came out with a video Thursday. He says he’s unretiring. But Nick’s not making a comeback in the 800, where he won a world silver medal and competed in two Olympics. He says he can’t turn left anymore. So he’s challenging himself in a completely new event: the 100-meter dash. He has a 400 PR of 47.45 and figures he once was in 10.5 to 11 shape for the 1.

He’s also using his YouTube channel to promote his brand and training program.

But even though he’s masters age, he doesn’t utter the M-word. I sent a tweet about masters (which he liked), but he hasn’t responded to queries on whether he’ll run in masters nationals or WMA worlds. Kind of shy, I guess.

In any case, it’s good to see Nick exploring his sprinter side. I think he’ll eventually run 11.22.

But what say you?

Buena suerte and mazel tov on your 100-meter journey! It’s why I say: “Why do they call us masters? Because we aren’t slaves anymore!” Also: Happy M35 birthday!

If you post a comment with your exact prediction, I’ll award a prize for the closest-to-the-time. Remind me a year from now.

I wrote to Prez Margit Jungmann, and she replied: “Until the end of the year Sandy [Pashkin] collected the results and the nomination. The election of the overall winners will be done in January, the prize will be given in Torun.”