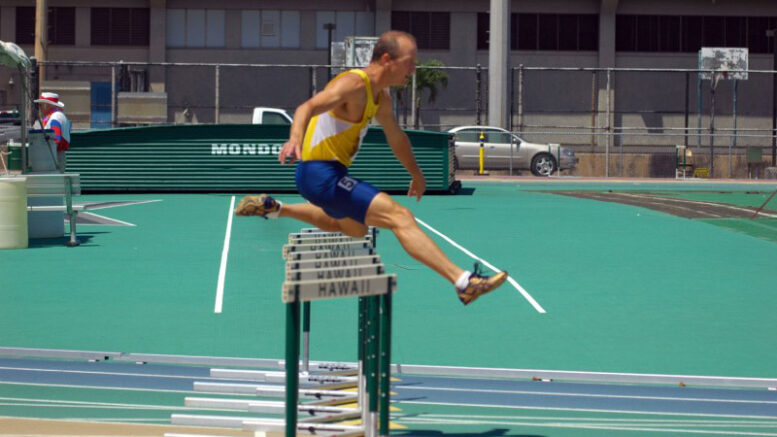 For six years, Jeff Brower of Texas has been chair of the USATF Masters T&F records committee. He cleaned up a holy mess left by Sandy Pashkin, whose failures I noted over the years (including a 2006 post headlined “Sandy Pashkin, as roadblock to records, has to go.”) Sandy inherited an index-card system from Pete Mundle, a booger beyond belief. Jeff also helped update the MTF website, finally adopting a WordPress design. (Easier to use.)

Now Jeff is stepping down. Our fourth records czar hasn’t been revealed.

Last month, Jeff challenged Jerry Bookin-Weiner for chair of USATF Masters T&F Committee. Jeff lost badly and had legit issues with the process. Today, Jeff explained why he wasn’t seeking to re-up as records chair: “I told Jerry on 12/6 that I would not apply for the position, and he never asked me to consider continuing.  I don’t want to work in a ‘culture’ like Jerry cultivates.”

Jerry, meanwhile, is putting out a call for chair applications. Deadline is Tuesday, Jan. 5. But it’s being extended. (Apply here.)

Most of 2020’s subcommittee chairs will likely return in 2021, though. Jerry’s also seeking to expand diversity of committees. He prefers to call it inclusion efforts.

Before hearing from Jeff, I wrote Jerry to check the status of his chair search.

Masterstrack.blog: How many subcommittees have chair applicants? How many left to fill?

Jerry: ​All have applicants.

Jeff will need to respond to that question; I am not going to reveal who is applying for various positions publicly.

Besides social media, how is USATF Masters T&F publicizing the chair opportunities? ​

All identifiable masters athletes who attended the annual meeting received a follow-up email including a link to the post on usatfmasters.org and explanation of the process; some others who we knew had interest were contacted directly by one or another of the officers; and there is an item in the Masters Newsletter from USATF that was supposed to go out before the Christmas break (it didn’t); and, of course, the post on usatfmasters.org. We (the officers) have also been reaching out to people we have identified as potentially interested who we think would be good additions to the leadership/membership group.

Will you be making chair picks, or will it be done by vote of other Exec Committee members? ​

Interviews will be conducted by the MTF Officers as a group who will do the selection by consensus after discussion with those applying; they must be approved by the Executive Committee (per the Operating Procedures)

What benefits do chairs get? (What’s the appeal of being a chair?)

​The appeal is different for each individual. I can only speak for myself in that when I was a chair and a regional coordinator it was to carry on the work of our sport; without people doing that work our sport would collapse — in other words, giving back to the sport.

Anything else readers should know about this process? Will deadline be extended?

​Because the newsletter is late, we will likely accept any applications that come in during the coming week or so. However, it is our goal to complete the process, including approval by the Executive Committee, by the end of the month.

Jerry added: “To your subsequent question about the role of diversity in this process, that is not a term we use. We talk of inclusion – inclusion of people of various ages, genders and ethnic backgrounds, as well as those from various regions of the country and involved in various disciplines within our sport. We want the leadership and the membership of the subcommittees to be representative of the MTF community.”

With help from Vice Chair Robert Thomas, Jerry put together a video session on how Black masters have dealt with racism. It has fewer than 100 views on YouTube. It deserves better attention.

In any case, I salute Jeff for his hard work vetting and publicizing USATF master records — creating annual Google docs — here’s 2020 indoors and 2020 outdoors — showing the status of applications. He even gave old marks new scrutiny, such as W40 800 and 1500 marks by Ruth Wysocki in 1997 that Sandy Pashkin disregarded (despite my best efforts). Ruth now owns two American age-group records.

I hope the next chair carries on that record of reliability and professionalism.