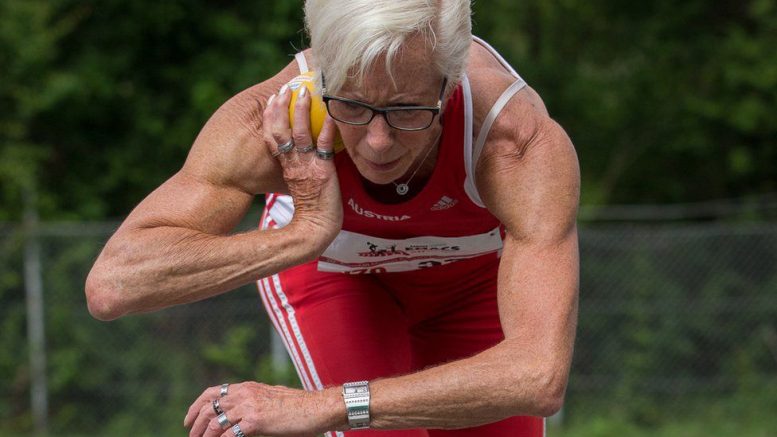 Marianne the Muscular has the form to reach 40 feet perhaps. What can she do with 6 tries?

The German masters seite Lampis.net reports a massive improvement in the W75 shot world record. “The versatile 75-year-old “Maierin” [Marianne Maier] improved the global record … to 11.80m (38-8 3/4). It would have to be more precise – she pulverized it [by] 70 centimeters! And that with only three attempts” during a heptathlon Sunday at the Manfred Gonner Gedenkwettkampf der Masters. (See results here.) The listed WR is 11.10 (36-5) by Britain’s Evaun Williams at 2013 Porto Alegre worlds. “And since we are still pretty early in the outdoor season, the highlights are yet to come — it is not excluded that the quaint senior with full concentration on the shot-throwing of an individual competition may crack as the first 75-year-old for the history books, the 12-meter mark (39-4 1/2).” They throw the 2-kilo shot (about 4.4 pounds).