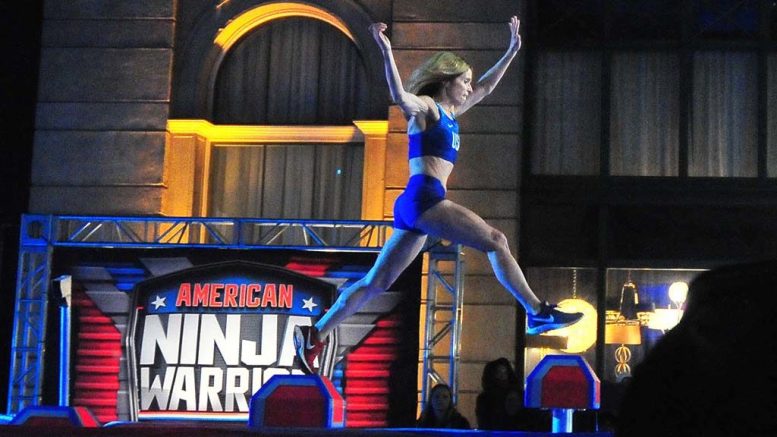 Longtime viewers of NBC’s reality show “American Ninja Warrior” know that many of the female runners of the obstacle courses are former track stars, such as Jessie Graff, the stuntwoman. So it’s no wonder that ANW producers picked W50 sprinter Colleen Barney to run the course last March at Universal Studios in Los Angeles.

Too bad her run wasn’t shown last week in the Season 11 premiere — almost certainly because she didn’t fit the narrative. See my Times of San Diego story for details. Also scroll down to near the bottom of the story for pictures I took of Colleen at the L.A. city trials.

(Notice that she chose her U.S. team uniform for the run, which is a story in itself.)

In any case, I salute Colleen for braving the elements and bureaucracy of ANW — as well as indulge my curiosity. She is getting a lot of support from friends and family. Best of all, she’s making great progress in her masters track career — where at least she has some control of outcomes.