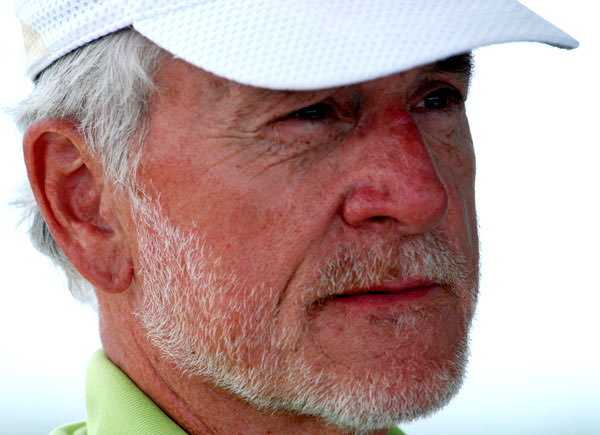 Rex Harvey deserves a special recognition in world masters track — perhaps an award in his honor. Any suggestions?

If masters track had a Mount Rushmore, it would includes David Pain, Al Sheahen and Rex Harvey. On Sunday — two weeks after enduring the flu many caught at the USATF annual meeting in Reno — Rex died of a heart attack in Prescott, Arizona, where he was recovering from appendix cancer. He was 73. I don’t know if the flu weakened Rex, but on Dec. 12 he wrote me: “Today I ate for the first time in 5 days but still feeling woozy around the edges.”

When I learned of Rex’s passing via Facebook, my heart sank 1,000 miles. Rex was way more than a former national-class decathlete who set world masters records in the combined events (don’t dare call them multi-events, he’d say). Our Masters Committee national chair since 2016 was a Hall of Famer in more ways that I can count, including the USATF Officials Hall of Fame. When his storied deca career was done, he became a world-class official and, as a WMA vice president, helped save several World Masters Athletics meets from local organizing committee disasters.

In July 2017, Rex replied to a question about his cancer status:

“I am very happy that there are further measures we can take to arrest, or eliminate this cancer. It is slow growing and not particularly invasive, but it can kill you by growing so big that it crowds out other vital organs. I don’t see it affecting my volunteer work for Masters Track & Field any other than the few days of treatment and checkups that it will entail. I kept normal activity through 24 chemo treatments and don’t anticipate this to be any worse, and probably better. I plan no lifestyle changes other than those that normal aging puts on me (and you) every day.”

Most of all, he was a ceaseless booster of our niche sport. Only a few months ago, he called me to ask about a wind reading for M100 Don Pellmann’s long jump world record —needing it for his continuing chore of upgrading the Age-Graded Tables. Rex has been part of AGT overhauls since the early 1990s. (He was the M40 world deca champ at 1989 Eugene worlds.)

Rex took 13th in the 1976 Eugene Olympic Trial decathlon (won by Bruce Jenner in a then world record). Rex scored 7310 points. But his impact on the event was anything but modest.

The Des Moines Register told of how Rex urged Kip Janvrin to try the decathlon.

The story related that when Kip first took the Drake Relays deca title, he gave the watch he won to his mother. “The second went to his grandmother,” it said. “The third, to Harvey, who never won the decathlon at Drake.”

By all rights, Rex should have been president of World Masters Athletics for eight years. He lost by a single vote at 2009 Lahti worlds. But Rex didn’t stew over the fact Australia’s Stan Perkins and allies stole the election. (I barely skimmed the surface of their perfidy.)

My vivid memories of Rex include watching him fill the steeplechase water barrier just so, carefully setting up the oddly spaced shuttle hurdles, and showing sympathy for me after I clobbered a high jump standard at Oshkosh nationals, requiring stitches in my balding head. He kept an eagle eye on events as a green-shirted Games Committee member at masters nationals and did anything he could to help keep the meets running on time.

I was happy to see USATF issue a press release the night of his death, quoting CEO Max Siegel as saying: “Rex’s passing is a tremendous loss for the organization. His unwavering passion and tireless commitment were evident in every aspect of the sport that he touched. Our thoughts are with his family.”

Jerry Bookin-Weiner, who will serve as chair until the next election, in 2020, said: “Over the past three years, I have come to know, respect and love Rex as we worked together to advance the masters’ track and field movement in the US. He leaves a huge hole in our community that will be almost impossible to fill.” Around the world, tributes began flowing in.

Former National Masters News publisher Suzy Hess Wojcik wrote: “Deeply sorry to have lost a wonderful friend. He was a great administrator, athlete, official and friend to all. RIP dear Rex! You will be greatly missed!!”

Serge Beckers of Belgium, who succeeded Rex as WMA VP for stadia, wrote: “I have learned a lot from him. It is with sadness that I read this news. I am sorry for his family for their loss, as we all will miss him.”

Tracy Sundlun, co-founder of the Rock ‘N’ Roll Marathon Series and a team manager for the Rio Olympic track team, said: “I can’t take this anymore. Another one of the great ones has left us. I am in tears. Oh my God!”

Becca Gillespy Peter, the USATF activist and meet director, said: “Rex was probably one of the very first people to begin talking about the women’s decathlon, decades ago. Our first open champs, in Grass Valley 2018, happened almost entirely because of his efforts. I just spoke with him in Reno a couple of weeks ago. Can’t believe he is gone.”

And Rex passed on the birthday of Linda Sheldon Pain, wife of the masters track founder, who died in February.

Rex also made a name for himself at Parker-Hannafin, his longtime employer where he was credited with more than a dozen patents.

I’m not familiar with Rex’s family, but according to National Masters News and Spokeo.com, he had a daughter named Keelie and other immediate relatives named Dawn Harvey, Joan Harvey, Jared Harvey and maybe Junior Harvey.

His sense of humor emerged in our email exchanges.

After I wrote him for details of the Reno annual meeting, he said: You should have been there!

When I replied that I had to work to pay the bills but would have more time in retirement, he said: “Sorry to remind you, but even after you retire, a lot of those bills will still have to be paid. You may have to move out of LA-LA Land.”

To which he replied: “I need some help building the barn/garage/workshop/storage/Guest Apartment. As for now I am mostly in a RV. It will be a little crowded.”

Now Masters Track Heaven got a little more crowded, with Rex in his green shirt making sure all the weights are measured, lanes drawn right and bars ready to rise.

20 Comments on "Rex Harvey dies at 73; decathlete-turned-official was a beloved leader in masters track"