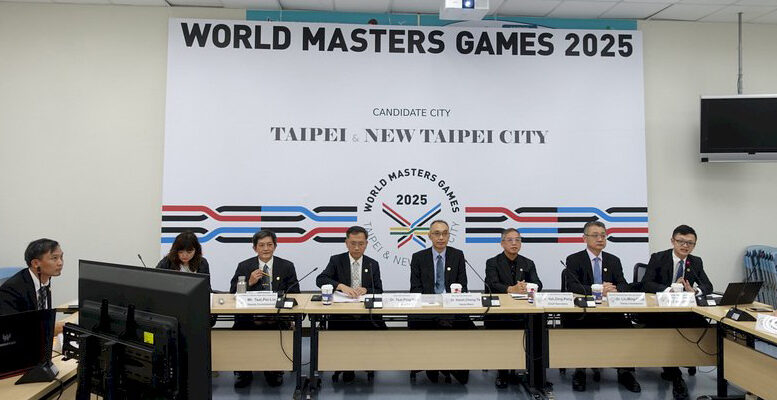 The World Masters Games in Kansai, Japan, originally set for May 2021, were postponed to 2022. But the 2025 Games have been awarded to “Taipei and New Taipei” (Taiwan) after beating out bids from Paris and Perth.

These multisport event, organized by the Swiss-based International Masters Games Association, compete with the World Masters Athletics regional and world meets. But many trackos have a great time at both — if they can afford it.

So another Facebook group has emerged to discuss the World Masters Games. It was created recently by John Garvey, a San Francisco-based M55 thrower.

Speaking of competition, the Garvey site goes up against the official World Masters Games group on Facebook

I love these unofficial FB groups. People can be more open (and critical) on them, whereas the official FB pages often weed out naysayers and rabble rousers (like me).

So good for John and hope his group gets some followers.

More on the Taiwan event:

“The Taipei City Department of Sports said the Games are scheduled for May 17-30, 2025, and will feature 32 sports. Close to 40,000 athletes from 110 countries are expected to attend, a potential tourism boom for Taiwan, reported CNA.”