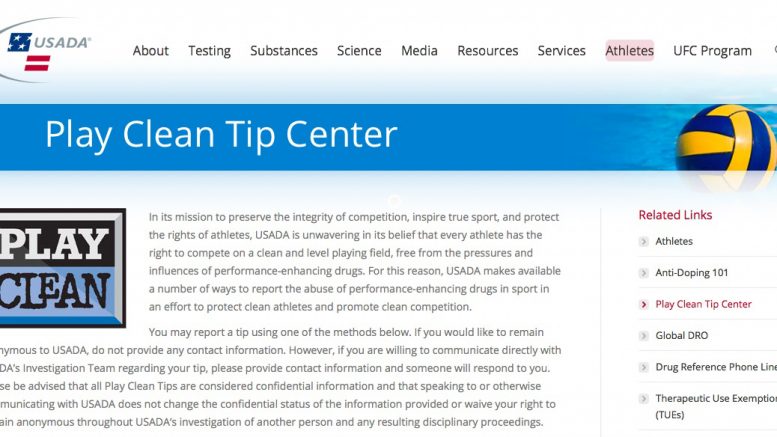 Nobody is safe. That’s my takeaway from an exchange of email I had Thursday with Brad Horn, a spokesman for USADA — the U.S. Anti-Doping Agency. I queried him on how 59-year-old cyclist came to be sanctioned for refusing an out-of-competition drug test. I wanted to know where he was when he was solicited. (Brad doesn’t know yet.)

But he said: “Ultimately, this case was the result of target testing, based on credible information received through USADA’s Play Clean Tip Line. USADA makes available a number of ways to report the abuse of performance-enhancing drugs in an effort to protect clean athletes and promote clean competition. Investigations are important in these efforts to preserve the integrity of sport and athletes are encouraged to use this service.” Gulp.

Then I asked whether USATF masters athletes are part of the program.

He replied: “Yes, the Play Clean line is designed to provide tips in any sport where USADA may have a role or relationship. Our investigative efforts then will determine what steps, if any, we take when it comes to target testing. We are responsible for those costs.” Double gulp.

So now we know anyone can be fingered at any time. Take care out there.

2 Comments on "USATF masters are subject to snitch program — as cyclist, 59, was"