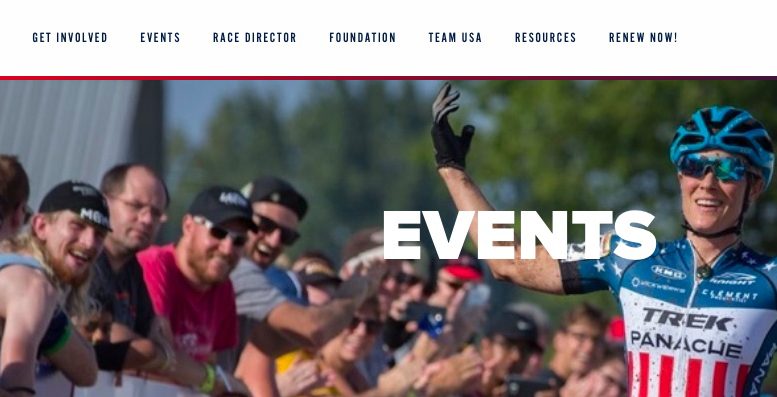 Two months ago, I wrote about M50 thrower David Burrell in Britain, who is suspended until October 2021 for refusing a drug test, possibly at home. Now comes news that an M55 cyclist — Scott Gross of Orange Park, Florida — has accepted a 4-year suspension for refusing an out-of-competition drug test May 3. This hits close to home. So I wrote USATF national masters chair Rex Harvey whether masters tracksters could get a knock on the door.

He replied: “All USATF athletes are liable for testing at any time and any place.” While conceding that MTF has no formal out-of-competition testing program, he said: “That does not preclude occasional testing. Certain aspects of testing Masters T&F athletes are more developed than others, but we have all aspects of testing available to us to assure a clean sport giving a fair chance to everyone.”

This left me slack-jawed. I had no clue USATF masters were subject to drug-testing at home (or anywhere away from the track). My question: Who would pay for this? But I did further research and found an FAQ for USATF elite athletes, which said:

Out-of-competition testing occurs outside competitions and may be conducted by testing representatives from USADA, IAAF and WADA. If you are ranked among the top 50 in the World or one of the top 15 performers in your respective event domestically, you are subject to out-of-competition drug testing.

The rankings are provided by the IAAF, Track & Field News and the Road Running Information Center. If you are subject to out-of-competition testing, you may be responsible for keeping USADA, the IAAF and USATF informed of your most current address as well as your daily 60-minute window.

Athletes must submit information electronically by emailing update@usada.org or texting text@usada.org and finally athletes may use their unique login to access the USADA system at www.usada.org/athletes to submit their quarterly whereabouts.

I don’t see any reference to WMA or age-group elites, so I’m assuming top 15 domestically or top 50 worldwide applies only to the kiddies (my word for open elites).

Further, I found this page on our own usatfmasters.org site:

Doping is the use of prohibited performance enhancing substances and athletes who commit doping offenses may be declared ineligible, face suspensions, or lose medals won and records set subsequent to the offense. Master athletes who compete in national and international championships may be subjected to drug testing.

No mention of out-of-competition testing.

I rather doubt USATF Masters (at any level) will pony up the cash to pay for out-of-competition testing. But it’s not helpful to suggest that it’s a theoretical possibility. Who thinks they’ll see a USADA doping officer at their door?

Colorado Springs, Colo. (May 22, 2018) – USADA announced today that Scott Gross, of Orange Park, Fla., an athlete in the sport of cycling, has accepted a four-year sanction for an anti-doping rule violation due to his refusal to provide a urine sample.

Gross, 59, refused to provide a sample as requested by a doping control officer during an out-of-competition test on May 3, 2018. Evading sample collection, or refusing or failing to submit to sample collection, without compelling justification, is a doping violation under the USADA Protocol for Olympic and Paralympic Movement Testing, the United States Olympic Committee National Anti-Doping Policies, and the International Cycling Union Anti-Doping Rules, all of which have adopted the World Anti-Doping Code and the World Anti-Doping Agency Prohibited List.

Gross’ four-year period of ineligibility began on May 3, 2018, the date he refused to provide a urine sample. In addition, Gross has been disqualified from all competitive results obtained on and subsequent to May 3, 2018, including forfeiture of any medals, points and prizes.

In an effort to aid athletes, as well as all support team members such as parents and coaches, in understanding the rules applicable to them, USADA provides comprehensive instruction on its website on the testing process and prohibited substances, how to obtain permission to use a necessary medication, and the risks and dangers of taking supplements as well as performance-enhancing and recreational drugs. In addition, USADA manages a drug reference hotline, Global Drug Reference Online (www.GlobalDRO.com), conducts educational sessions with National Governing Bodies and their athletes, and proactively distributes a multitude of educational materials, such as the Prohibited List, easy-reference wallet cards, periodic newsletters, and protocol and policy reference documentation.

Along with education and testing, robust anti-doping programs enable investigations stemming from tips and whistleblowers. USADA makes available a number of ways to report the abuse of performance-enhancing drugs in sport in an effort to protect clean athletes and promote clean competition. Any tip can be reported using the USADA Play Clean Tip Center, by email at playclean@usada.org, by phone at 1-877-Play Clean (1-877-752-9253) or by mail.

USADA is responsible for the testing and results management process for athletes in the U.S. Olympic and Paralympic Movement, and is equally dedicated to preserving the integrity of sport through research initiatives and educational programs.

11 Comments on "Cyclist, 59, suspended for refusing drug test outside race. Are we next?"