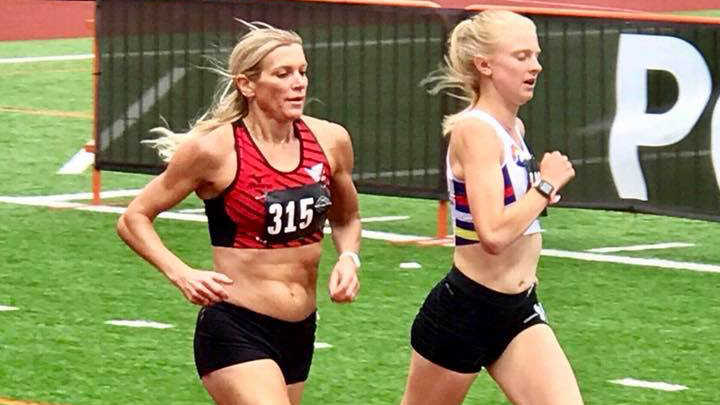 Sonja (left) and Kaitlyn were even for the first two laps, then SFU stepped on the gas to leave kid behind.

At least three world-class milers mixed it up Sunday at the Portland Track Festival at Lewis & Clark College, with W45 Sonja Friend-Uhl clocking a great 5:07.26. But video doesn’t reflect the results, which don’t list W50 Marilyn Arsenault of Canada and Kaitlyn Barthell (who ran stride-for-stride with Sonja the first two laps). Later, I learned that Kaitlyn, in her 20s, and Marilyn were entered as open runners, with times listed elsewhere. W50 Aeron Arlin Genet was credited with a great 5:19.84.

Be the first to comment on "Sonja Friend-Uhl takes Portland mile, but W60 Lesley Hinz has top mark"