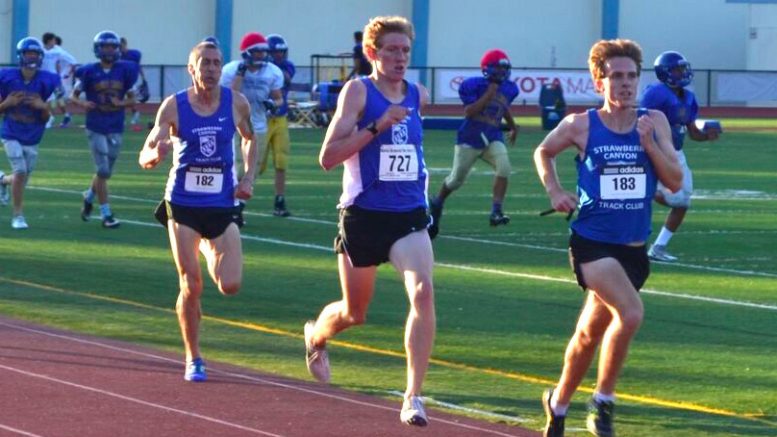 Tom LeGan’s attempt to break Nolan Shaheed’s M50 WR in the mile – telegraphed here recently — didn’t go down. Tom’s calf did. According to a posting by a Northern California track club, “The Tamalpa Runners had the Tamalpa July Track Meet sanctioned by the USATF in anticipation of 52-year-old Tom LeGan and 81-year-old Eve Pell attempting to break the American and World Age Group Records for the M50-54 and F80-84 Age Groups for the One Mile.

“Unfortunately, Eve strained her groin and Tom injured his calf and neither runner was able to run in the Tamalpa July Track Meet. It was a shame, as we had a perfect sunny day on a brand- new track and the runners who ran in the track meet ran very well.”

Drat. But we have’t seen the last of Tom this season.

The Spain meet is 43 days away, so here’s hoping he’s getting proper care.

Tale of 2 Kenyans: One claims bogus mark, another could be WR-setter at Torun indoor worlds