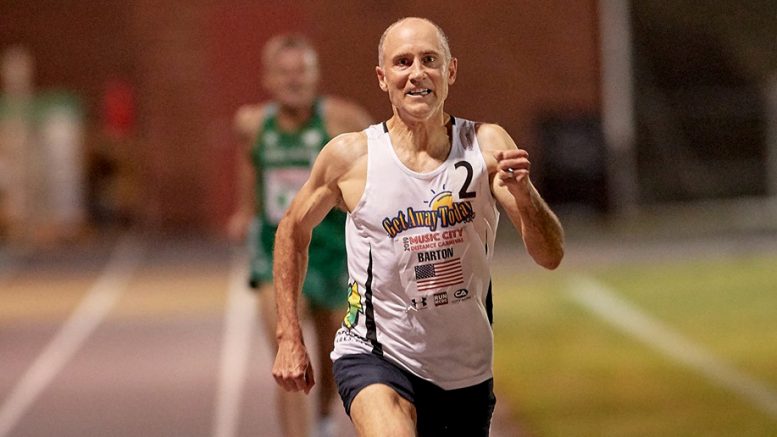 I spent nearly an hour on the phone with Brad Barton on Saturday, the day after his mind-blowing 4:19.59 M50 mile at Nashville — taking a huge chunk out of Nolan Shaheed’s 2001 record of 4:25.04. My first question for Brad: Where have you been for five years? (I had forgotten about his pair of 1500 American records in 2016, including one at the Olympic Trials masters exhibition.)

But seared in memory were his incredible 2013 and 2014 seasons, where Brad dominated distances from 1500 to 3K steeplechase, setting a slew of records — duly noted in my new story in Times of San Diego.)

Brad mentioned his injuries to Peter Brady in a wonderful mid-May podcast, but I gleaned more of the gory details. He also shared plans for seeking WRs in the 1500 and 3K steeple and maybe lower his own mile best at this weekend’s Portland Track Festival.

I sent email and left voice mail for Nolan but haven’t heard back. (Hoping to add his reactions to my Times story.) I’m sure Nolan isn’t done yet either. He turns 70 in mid-July.