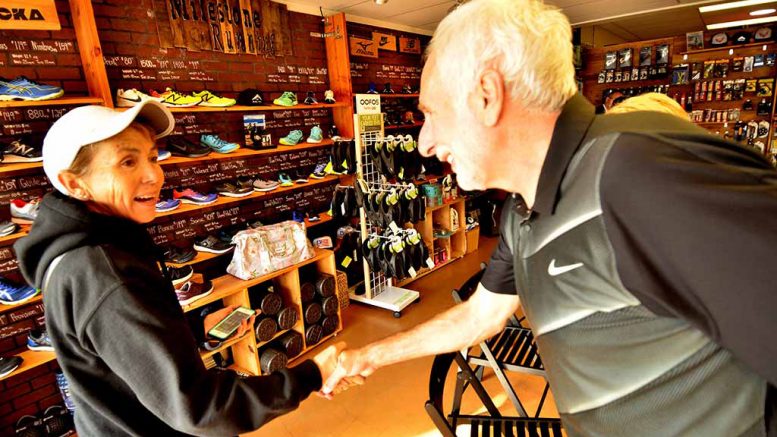 When it comes to Vin Lananna and why he was shown the door as USATF president (at least “temporarily”), I have no theories. All I know is that lots of people were outraged — especially the people who gave him a four-year term by acclamation. A couple nights ago, I learned that Vin was gearing up to file a grievance with the Mother Ship — Indy HQ. His aim: To be restored to the presidency. Then he can do his magic and Make Track Great Again.™

So I contacted some people and put together a story. (Read it on Times of San Diego.)

I haven’t talked to Vin for a while — but I saw him at a San Diego “listening tour” stop in 2017. Earlier, I was at the 2016 IAAF indoor worlds in Portland, organized by TrackTown USA, and appreciated the fact he gave the masters men and women a great showcase of the 800 meters. (His 2008, 2012 and 2016 also hosted geezers at the Olympic Trials. Expect the same at 2020 Trials and 2021 Eugene IAAF worlds.

Whatever happens in Indy, I hope justice is served. He deserves a chance to clear his name from aspersions cast by the USATF board.

Be the first to comment on "President Lananna deserves USATF job back, chance to Make Track Great Again™"