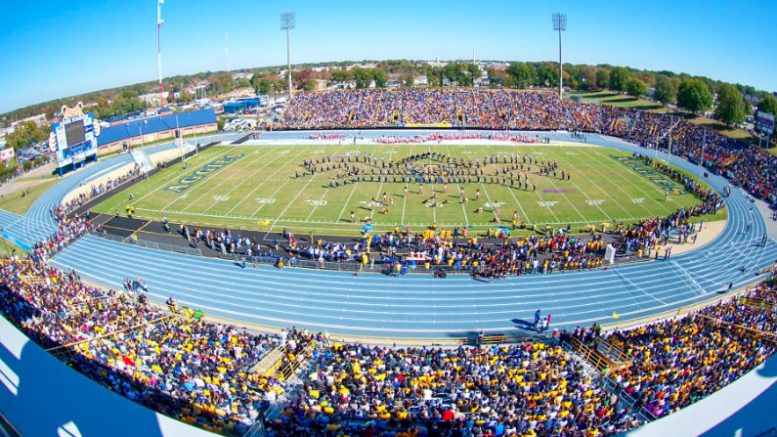 Interim national masters chair Jerry Bookin-Weiner made some big announcements Wednesday in his latest update. And in a Facebook post today, he said: “The [masters] Outdoor Championships in Greensboro have not yet been cancelled. The notice about the future of that meet is scheduled for tomorrow.”

Other highlights: Lexington, Kentucky, will host 2022 masters outdoor nationals and
Spokane the 2022 indoor nationals to be held in the city’s Spokane Sportsplex currently under construction in downtown Spokane. Both were the only bidders.

Our masters nationals will now include the 25-29 age group (in addition to the 30-34 “submasters” group).

“This was a move championed by our late chair Rex Harvey who argued that we are losing athletes in their 20s from our sport and they never return,” Jerry says. “Rex’s hope was that this new age group, over time, would provide a new ‘on ramp’ to younger adults into the formal masters program, which begins at age 35 (we have long had “sub-masters” as 30-34, but internationally masters begins at age 35).”

1. Greensboro will cancel. Only a fraction of regular athletes would attend and USATF officials may balk as well. Regardless of your politics, the virus isn’t anywhere near being beaten.

2. Kentucky and Spokane are great venues. We should have a vaccine by then. But I’m less confident 2021 nationals will event be held. (Indoor nationals that year are at the Armory in Manhattan, and outdoors in Sacramento.)

3. Out-of-competition drug testing is a can of worms. Costly and logistically difficult, such testing would only be worthwhile it it went after suspected cheats. And who would pick then subjects, and how? OOC testing isn’t done anywhere else in the masters world, so why here? Why now?

4. Adding 25-29 is a great idea. Period. Will help meet venues meet expenses. I doubt they will turn out in such great numbers that the meet schedule will be snafu’d. (Few 30-34s turn out at nationals as it is.)

Here’s Jerry’s post. Lots of other cool stuff. Cheers and attaboys to our committee for working so hard in these tragic times.

It’s been a busy few weeks since my last update. However, the MTF Officers and MTF Executive Committee have been busy. In fact, the Officers (myself, Vice Chair Robert Thomas, Secretary Amanda Scotti, and Treasurer Mike Travers) have weekly conference calls on Tuesday evenings that often run more than an hour. The Executive Committee has been meeting at least monthly as well. Dealing with the fallout from COVID-19 has been a major topic, as well as working on some initiatives to engage masters athletes during this difficult time. Those are not yet ready to see the light of day, but we are working on a couple of ideas that may well bear fruit within the next month.

We spent several long calls working on a MTF position statement on COVID-19 and Masters Track & Field. One of those calls included Dr. Robert Chapman, USATF’s Director of Sport Science and Medicine and Chair of the USATF COVID-19 Working Group who shared that group’s perspective with the MTF Executive Committee. Ultimately we came up with a simple statement affirming out alignment with the USATF position:

USATF has created a COVID-19 working group to advise the organization on matters related to the health, wellness, and safety of athletes, coaches, officials, and spectators. A listing of the working group's guidance can be found at www.usatf.org/COVID-19 . The MTF Executive Committee advises all masters athletes to follow this guidance and that of their state and local public health authorities. USATF Return to Practice guidance and Event Hosting guidance will be released when appropriate, and we intend to follow that guidance as well. In Update #2 I promised the highlights from the USATF Annual Meeting in Reno last December, which now seems like it was a lifetime ago.

Here are the key developments:

Another of the changes to the Operating Procedures added a new age group for our national championships – 25-29, which we are calling “pre-masters.” This was a move championed by our late chair Rex Harvey who argued that we are losing athletes in their 20s from our sport and they never return. Rex’s hope was that this new age group, over time, would provide a new “on ramp” to younger adults into the formal masters program, which begins at age 35 (we have long had “sub-masters” as 30-34, but internationally masters begins at age 35).

The MTF Hall of Fame Subcommittee definition in the Operating Procedures was changed to mandate inclusion of current members of the MTF Hall of Fame as 50% of the total Subcommittee. Subsequently Charles Allie, Rita Hanscom, and Neni Lewis were added to the Subcommittee, which also includes Jeff Brower, Lester Mount, and Jill Vollweiler. It is chaired by Mark Cleary.

Lexington, Kentucky was awarded the 2022 USATF Masters Outdoor Championships, which will be held at the University of Kentucky’s track and field facility. Lexington was the only bidder, but the facility and the bid were very strong.

Spokane, Washington was awarded the 2022 USATF Masters Indoor Championships, which will be held in the city’s Spokane Sportsplex currently under construction in downtown Spokane. Spokane also was the only bidder, but the Spokane Sports Commission has been talking with MTF leadership as they prepared to build this exciting new facility.
For the past year non-US citizens living in the US for two years or more who have not previously represented another country internationally (or whose change of affiliation is approved by their “home” country federation and WMA) are eligible to represent the US in WMA and NCCMA competitions. Masters athletes in this category also are eligible to score for their club teams in national championship competitions. Their official designation is USA Affiliated Athletes. At this time there are five such athletes – Marsha Mark-Baird (W46), Deaneth Edwards (W48), Neringa Jakstiene (W56 – she has since become a US citizen), Grace Liang (W33), and Inga McIntyre (W40).

Bill Murray and Rex Harvey reported to the Committee that the proposal MTF made through NCCMA in Toronto for WMA to include a women’s decathlon in its program is now before the WMA Competition Committee. As an update on that, it appears WMA will not approve the women’s decathlon for inclusion in the WMA Championships, but there are indications that it will be recognized as an official event, meaning records can be kept. Again on this, stay tuned.

There was considerable discussion of the issue of transgender athletes in masters track & field, and the Executive Committee approved the establishment of a Task Force to look into the current rules as established by World Athletics (and followed by WMA) and how MTF can assure that they are being fairly enforced. Subsequently, Colleen Barney (W53) agreed to chair the Task Force of Transgender Issues in Masters Track & Field. Other members of the group are Sue Hallen (W63), Martha Mendenhall (W61), and Richard Watson (M67).

The USATF Law and Legislation Committee adopted a change that will enlarge the Masters Track & Field Committee by increasing the number of Active Athlete members from 20 to roughly 34 (30% of the total). This will take effect at the next Annual Meeting. The net effect of this change will mean that more active athletes will have a voice in the Committee’s business at future annual meetings. In practice, there have rarely, if ever, been more active athletes in attendance, so this may reduce the time-consuming process of selecting the active athlete delegates at the beginning of each Annual Meeting.

The next Annual Meeting is scheduled for Reno in early December, though there are some indications that it may have to be virtual. At that meeting changes to the Rules of Competition would normally be a major topic of discussion, and 2020 is scheduled to be the year when officers are elected by the various USATF committees, including the Masters Track & Field committee.

Was Julia Hawkins’ W105 record for 100 railroaded to ratification? Crickets on concerns