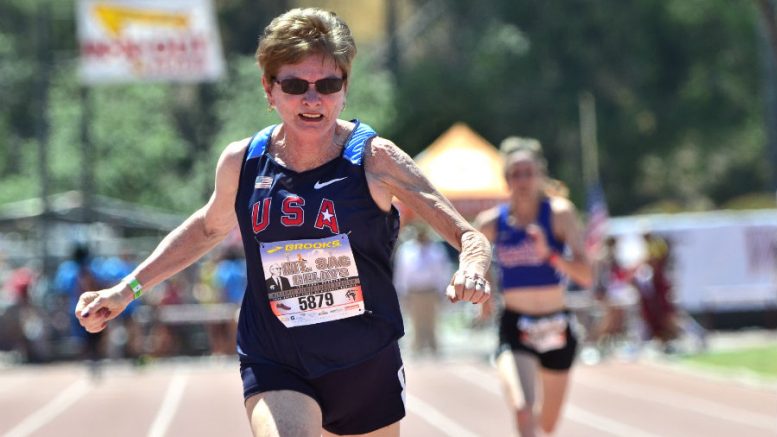 In September 2019, Kathy Bergen told her story to Rachel Lapidos of wellandgood.com. Kathy counted 17 world records to her name and hoped for more as a W80. “I’ll be working harder, because next year I want to break six world records,” she said. “When I move to a new age group, I break records.”

You don’t say. Earlier this month, SoCal Kathy notched WRs 4 and 5 for the year.

Returning to the state where she set three indoor WRs in February, Kathy ran 100 meters in 16.62 seconds with a barely legal wind of 1.8 meters per second. That smashed the listed WR of 16.81 by fellow Hall of Famer Irene Obera in 2014.

“So two meets, five events, five world records,” wrote Kathy’s husband, Bert, who did triple jump in Marble Falls. “I am biased, but I would like to cast my vote for Athlete of the Year at this time.”