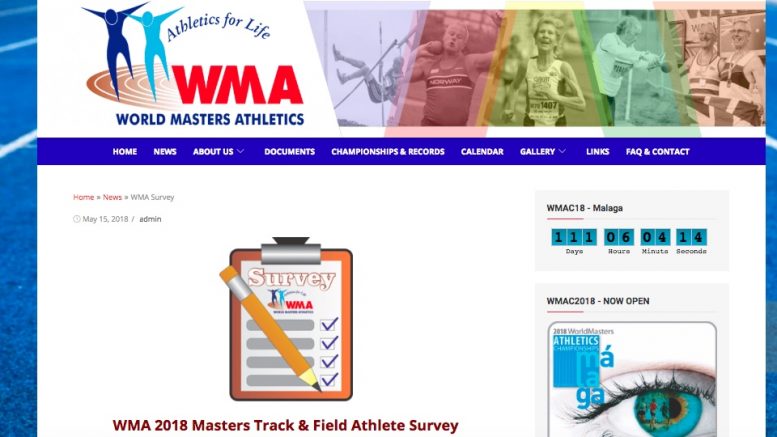 Survey is aimed at folks who compete in or officiate at WMA meets, but others can fill it out.

Dang! World Masters Athletics went and done it! On Tuesday it posted a survey! Perhaps its first. The 25 questions are basically demographic and commercial — aimed at learning about attendance at WMA world and regional meets, indoors and out. You get a hint of marketing, since one question asks what athletic brands you wear. We’re asked for suggestions on how to improve the experience. Good for WMA. But now a precedent is set (asking our thoughts), and there’s no way back to the days of pretending athletes/officials have no views. I don’t know who will be privy to results, but it would be cool if they are shared at Malaga’s General Assembly (at least) and in advance of worlds online (at best). Giving WMA-goers a voice shouldn’t stop here. Post polls on proposed rule changes. Insist that regions gather opinions as well. Democratize. This first survey is pretty benign, but it’s a start. Let’s see more! (And what do YOU think of the survey?)