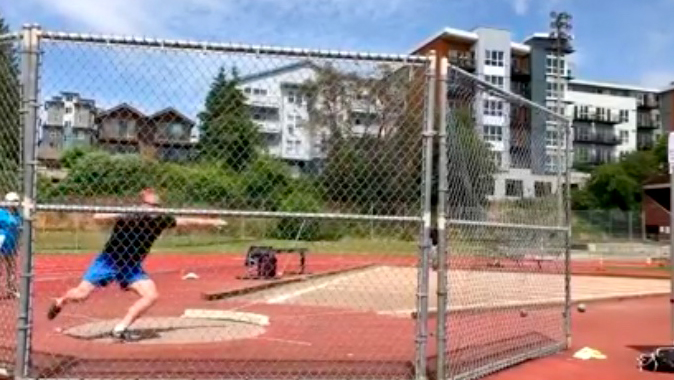 James Patterson makes the spin look easy. It isn't. Watch the shot bounce out in video below.

George Mathews, our former national masters chair, writes from the Great Northwest: “Jim Patterson traveled to Seattle for the Seattle Parks & Recreation USATF-sanctioned meet (see results) and set a new men’s 55 shot put (American) record with a put of 16.23 meters (53-3). Jim looked very strong throughout the competition.” His record throw was on his third attempt.

Lad, who died of brain cancer in 2007, was a sports scientist who defected from the Soviet Union and became a masters world champion. The listed M55 world record is 17.50 (57-5) by Germany’s Klaus Liedtke (once suspended for doping) in 1996.