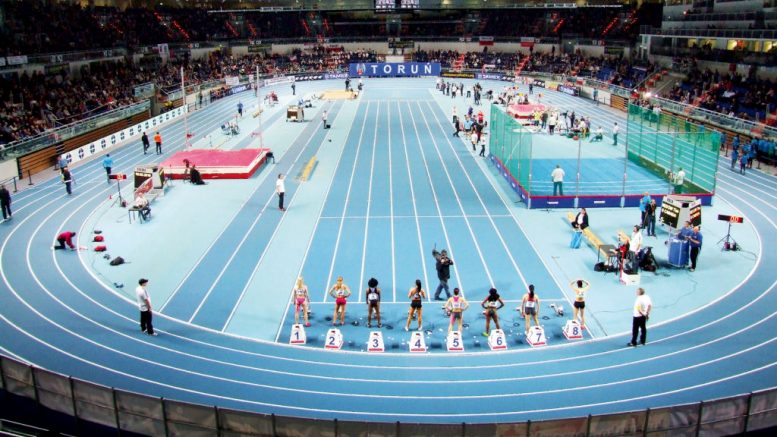 The red-white-and-blue may collect nice coin on the blue track of the Torun world WMA meet later this month.

Rex Harvey just capped his career. Even with his elite and masters record decathlon records, our national masters chair can point to a milestone in the masters movement — at least in the United States. More than 60 Americans will get financial help to compete at Toruń indoor worlds, and likely will earn prize money as well. This is the geezertrack equivalent of Nicolaus Copernicus (touted by Toruń as their most famous son).

84 USATF Masters Athletes applied for the W#1 Torun Program! 61 are currently eligible and one person qualified based on performance in Winston-Salem though several others improved the amount they are eligible for and they are receiving an additional check.

The total amount of up-front money for which the 61 athletes qualify is $33,350, We project individual medals will result in roughly $35,000 in prize money plus another $10,000 in prize money for relays, so the total looks to be between $80,000 and $85,000. Of that, we’ve raised roughly $70,000 but are still hoping for donations in the coming weeks. Any funds not spent this year will be rolled into the program for future years.

So we are asking supporters to please consider giving based on supporting Masters Athletes in this WMA Indoor Championship and future WMA World events.

Eventually, I’d like to see who go what. The names of the early eligible are here.