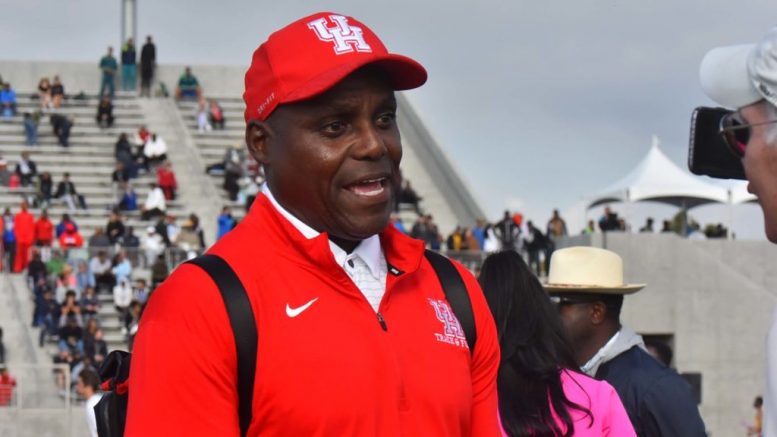 Last weekend’s Mt. SAC Relays were the first in more than 20 years not to feature masters. In the late 1990s, when I first started covering geezer exhibitions at Walnut, we had an age-graded 100, flat 200 and age-graded 800s — with National Masters News publisher Al Sheahen calculating distances and starting times (for the 800s). Masters also ran 110 hurdles some years and threw the hammer.

But in recent years, especially in the men’s and women’s 800s, few runners showed up. Some races had only two or three entrants. Scratches weren’t a problem for the sprints. But the writing was on the wall in 2018 when only three men showed up for the 800 and two women for both the 100 and 800. Only four years ago, Kathy Bergen set a W75 WR at Mt. SAC with her 15.31 in the 100. In 2007, Aaron Thigpen ran a wind-legal 100 in 10.60 at Mt. SAC, which crushed the M40 American record but was never ratified. (Mt. SAC dropped the ball on paperwork, apparently.)

On Saturday, I asked meet director Doug Todd about the absence of masters. He confirmed it was because of the no-shows. But nearby was Andy Hecker, masters chairmman of the USATF Southern California Association. He asked Todd about the possibility of masters meets at Mt. SAC beginning next year, when Hilmer Lodge Stadium reconstruction should be done. (The weekend’s meet was held at El Camino College in Torrance.)

Doug said he’d be interested in hosting a masters meet, and Andy suggested the association masters championships could be held there, possibly concurrent with the SoCal Association open meet. Money wasn’t discussed, but stay tuned.

When I asked about how masters exhibition races might return to Mt. SAC, Doug said he’d need a celeb athlete to anchor the event. Willie Gault’s name came up. Every five years, he sets world records in the 100 and 200. Willie doesn’t turn 60 until September 2020, so the 2020 Mt. SAC Relays may not interest him. But maybe some other masters notable can be induced to run.

The last time I spoke with Willie was at the 2014 Relays, and videotaped an interview then as well.

In any case, Mt. SAC masters exhibitions need event recruiters or coordinators. Mark Cleary used to handle this chore for the 800s in the past, and Stan Whitley and Brenda Matthews did this for the 100s. In the 1990s, John Cosgrove organized Mt. SAC masters races.

I also had a chance to quiz Carl Lewis, some old Olympian dude, on his masters interest. He said he “loves masters” but personally won’t compete. (See the end of the interview below.) He’s in the M55 age group. (He looked to be in great shape in Torrance as he watched his Houston sprinters and relays.)

Meantime, check out my story on King Carl for Times of San Diego.