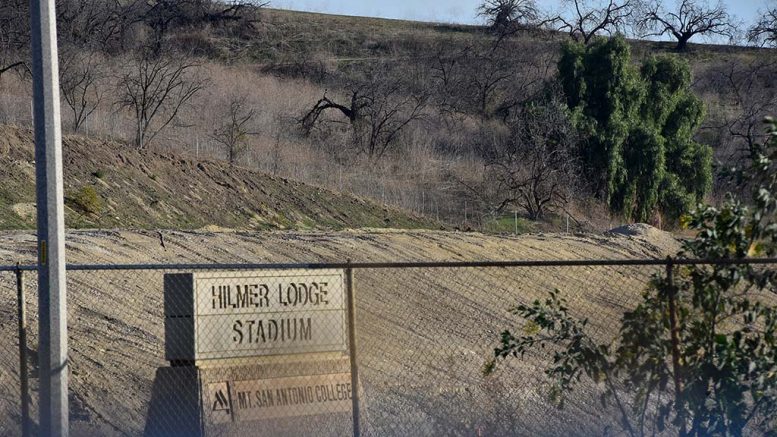 Hilmer Lodge Stadium at Mt. SAC was going to be 2020 Trials venue until USATF pulled the plug this month.

USATF is sweating bullets over whether anyone will bid for the 2020 Olympic Trials — important for masters because we get some exhibitions and major attention. As I reported a couple week ago, Mt. SAC lost the Trials gig because of a lawsuit cloud over it stadium project. But I also learned that Mt. SAC and USATF both had reason to be red-faced — the Walnut school for not informing Indy about pending lawsuits until two months after it won the meet and USATF for not checking court records. As my Times of San Diego story noted, USATF Deputy General Counsel Donald Woodard wrote to Mt. SAC’s president in January: “We, and our major partners, are extremely concerned about whether the construction of the appropriate facilities will be complete in sufficient time to host a first class high caliber 2020 Trials. Therefore, we require unequivocal proof that the lawsuits have been dismissed or otherwise resolved in such a manner as to remove any doubt that construction of the stadium and other facilities will not be delayed in any way whatsoever.” Four months later, USATF reopened bidding for the Trials. And we don’t know for sure who’s in the running — or can afford the $20,000 entry fee or $500,000 rights fee plus more than $2 million in other charges. Wanna have the Trials in your town? Get your app in by May 25.

Be the first to comment on "2020 Olympic Trials masters exhibitions where? USATF not sure"