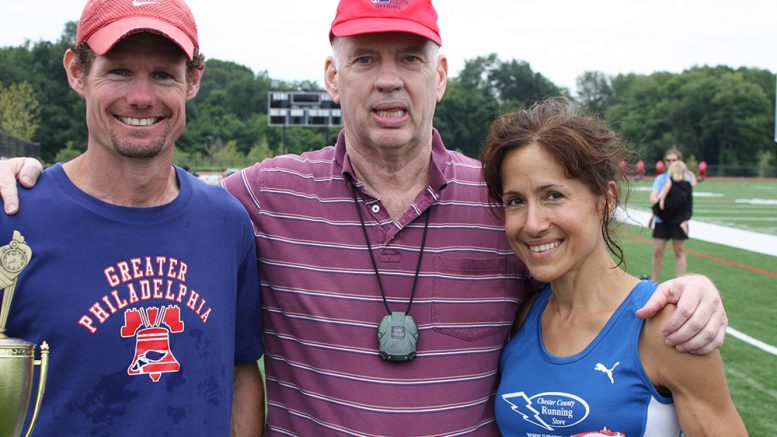 Pete Taylor, our Hall of Fame meet announcer, has been through the medical ringer over the years, but always bounced back. I’m hoping his luck holds as he faces yet another challenge.

“On February 16,” Pete writes, “I suffered my third stroke; very soon thereafter I was lying in a bed in Inova Fairfax Hospital (Falls Church, Virginia) to begin a 3-day stay on an inpatient unit there.”

“The date of my first stroke is not known, as I only know about it because the radiologist in 2012 indicated that I had had an earlier stroke,” he wrote me this weekend from Fairfax, Virginia. “Also in recent weeks I was diagnosed with obstructive sleep apnea, and on March 15 I will begin wearing an oral device at night to get more sleep.”

As a result of these issues, he says he’s written off the rest of 2021 — and thinks announcing meets is a “rather small” possibility in 2022.

“No doubt essentially all of my best announcing is behind me,” says Pete, who is 76 but never looks his age. “We definitely need new announcers for masters T&F.”

Ten years ago, I wrote about another health scare:

Peter Taylor, masters track Primo Announcer for Life, underwent scheduled surgery Wednesday, according to masters mole No. 2331B. “He says he survived OK,” the source says. “He sent a short note last night, asking us to wish him luck. I think he was feeling nervous. I’m sure words of encouragement would help him heal.” Of course, this isn’t the first time Peter has battled back. He recovered from cancer several years ago and suffered a pulmonary embolism six years ago. The latest surgery involved a sensitive region. Please join me in wishing Pete a swift recovery!

I first showcased Pete in December 2002:

In June 2016, I interviewed him again, asking: Who might be your successor as regular announcer at masters nationals?

He replied: “I wouldn’t think that anyone would want this job. Put bluntly, it’s a job that can’t be done well.”

I know a few thousand athletes who’d beg to differ.

Get well, Pete. We love you and need you.

Dan Bulkley dies at 101; Masters Hall of Famer made mark in hurdles — and love of many sports