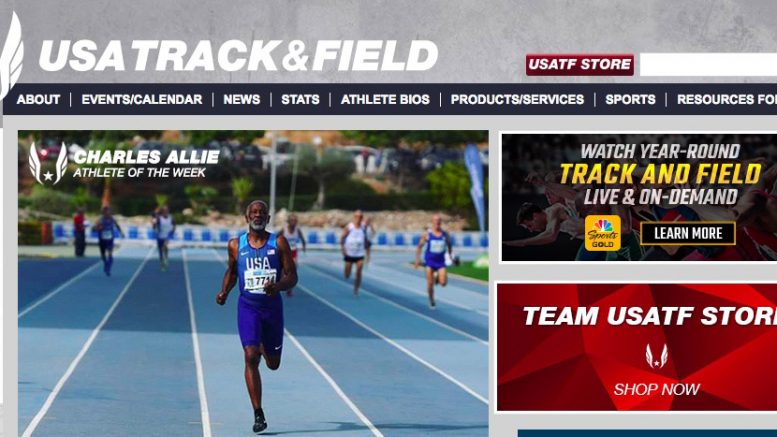 Charles won his M70 final by more than 5 seconds. He'd have been a factor in the M60 and M55 races as well. Card him.

M70 Charles Allie, named USATF Athlete of the Week on Wednesday, is well-positioned to win his second WMA Athlete of the Year honor. (He also won five years ago.) One Speed’s world record 57.26 in the 400 in the Malaga prelims qualifies him. If he becomes the North and Central America and Caribbean nominee, Charlie has a chance to match Bob Lida (WMA AOY for 2017 and 2012).

(An earlier version of this story saying Linda Cohn set a W65 WR in the javelin was incorrect. She’s thrown farther several times this season, topped by a 37.32 in April.)

WMA is woefully behind in noting Malaga WRs. So is the Malaga records page.

In his local Pittsburgh paper, Charles recently said: “I keep my body in good shape. I still want to be competitive. We have guys in their 90s and 100s. I want to actually be running. Eighty sounds like a good number, but I don’t see myself competing beyond 75. I have nothing else to prove. I can go out with the next group and set world records, but I want to be competitive.”

So appreciate him while you can, folks. He’s Once-in-a-Generation.

2 Comments on "Charles Allie named USATF Athlete of the Week for Malaga magnificence, WR in 400"